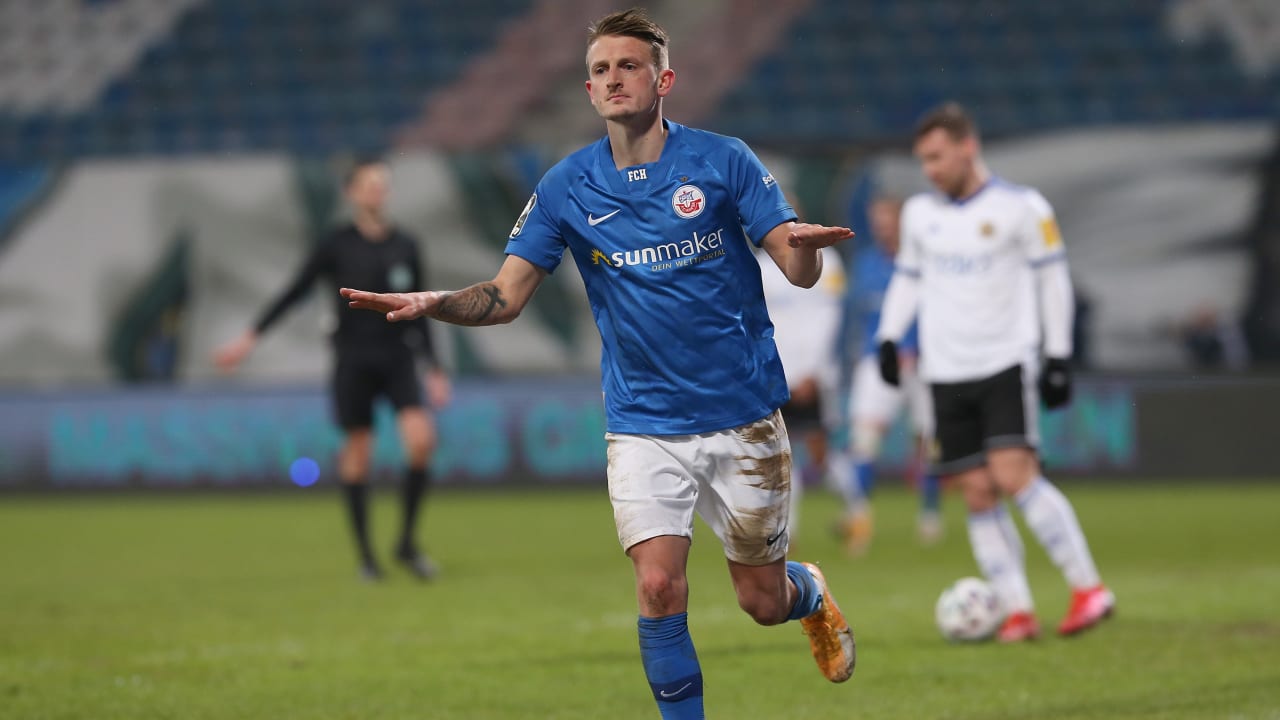 Fourth win in a row for Hansa! After the 4: 2 against Saarbrücken (and the mistake of Ingolstadt) the Rostockers are now even in third place.

The game starts with a shock for Hansa: Sonnenberg cannot control a harmless Jänicke pass in the penalty area. Shipnoski sunk his ricochet directly to 0: 1 (7th).

But Hansa quickly equalizes. After a corner blocked, Roßbach wants to shoot, but is hit in the right foot by Jacob – referee Dr. Max Burda whistles 911. John Verhoek hits the ball dry in the lower left (14th).

As a result, a game with many inaccuracies, Saarbrücken but more active in front of the Hansa-Tor. Then again something for the eye: After a great through pass from Breier, Farrona Pulido storms towards the FCS goal, has the sure 2: 1 on the left foot – but Batz prevents it (36th). Annoying.

Shortly after the change, this nice counterattack: Breier plays out on Farrona Pulido, whose cross pass is caught by the Rother who was running along with him and slides in from five meters (54th). Neidhart puts it 3: 1 (86th) on top.

But because of the decision, it gets hectic: Froese hits the connection (90th), Zeitz sees a foul on Neidhart Rot. The latter even shoots the 4-2 (90th + 5). Then it’s over!