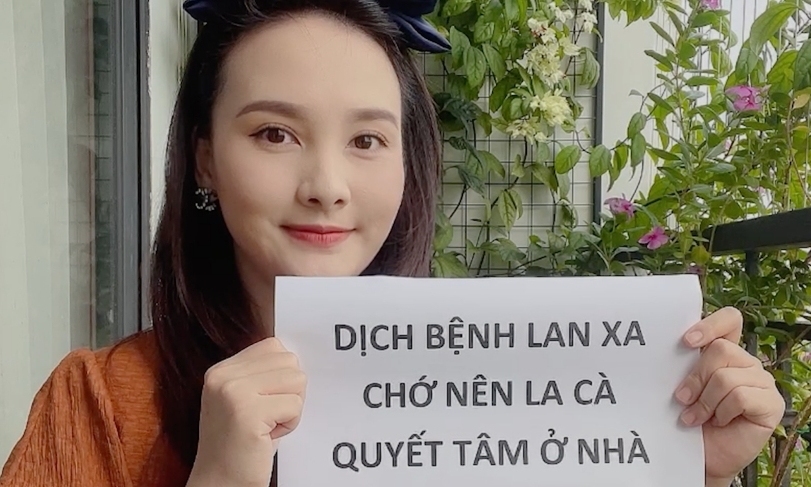 Anh Duc, Pham Toan Thang – artists who used to be F0 – encourage Covid-19 patients in the MV “No one will be left behind”.

Composer Chau Dang Khoa composed a song on a night in early August when he read an article called No one will be left behind in Saigon. The song praises the kind people who helped and surrounded each other during the country’s difficult days.

The lyrics incorporate proverbs about the Vietnamese tradition of solidarity: “A torn leaf can still be loved”; “Relatives of the village, the fire and the dark still have each other”; “Love each other like a pumpkin in the same place for a long time”… He intended to invite many artists to participate in the recording, but because of the long distance, he could only send young singer Sofia to perform the song.

Closing the music video, actor Anh Duc said: “Covid-19 is scary and dangerous, but I won it. I will always be with you.” Another artist who used to be F0 – musician Pham Toan Thang – said: “My parents and I have just been cured. Everyone please be optimistic, because spirit is very important”.

Artists have responded to the movement of composing songs that inspire optimism during the pandemic. This wave was initiated from the first epidemic last year, recently returned with many songs that were well received by the audience such as: Oh Saigon! Sorry Thank you (Tuan Hung – Khac Viet), Miss Vi is far away (Crickets), Sent to the South (Anh Tuyet), Saigon I love (Xuan Phuoc – Quoc Vu)…