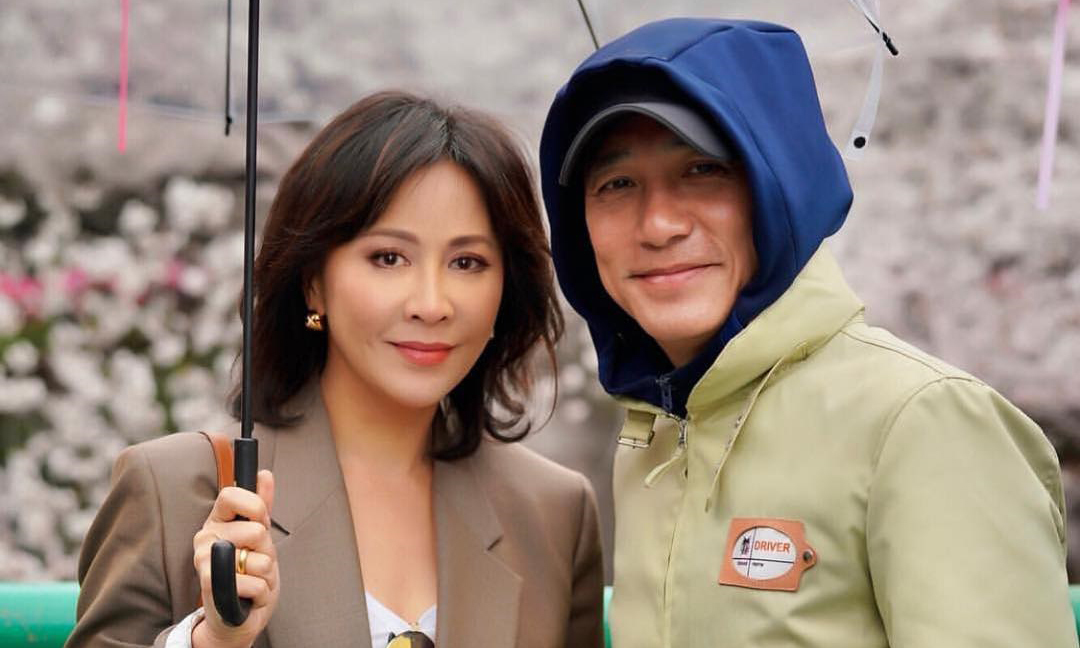 Luu Gia Linh lives with Tony Leung Trieu Vy but does not want to share the bathroom with her husband.

Over the past three decades, husband and wife have kept the habit of not sharing toilets. Above TVB, Lau Gia Linh revealed that she likes to be clean and tidy, and her husband is quite sloppy. When he comes home from work, he often throws one sock in each place, wears dirty clothes to sleep. Therefore, husband and wife use their own bathroom, each cleaning their own room.

Gia Linh said that gradually, she found that Leung Trieu Vy’s bathroom was neater and cleaner. “Maybe he learned this from me,” she said. The actress did not force her husband to change his habits, leaving him free in his space. The couple is also financially independent.

In a number of interviews, Lau said that maybe her family’s lifestyle is not “model” but suitable for both her and Tony Leung. After many quarrels, “cold war”… they gradually figured out how to behave so that both sides were comfortable. Husband and wife are comfortable giving each other plenty of space, accepting each other’s weaknesses and never asking the other to change their habits and personalities.

Tony Leung Trieu Vy likes quiet while Lau Gia Linh likes bustle. Actors have not had fun at night for the past 30 years while Gia Linh regularly attends entertainment and business parties. Once, she took Vuong Phi and some friends home. Leung Trieu Vy is afraid to communicate, only in his room. Since then, Luu Gia Linh did not bring friends home, avoiding disturbing her husband. The actress is also used to and accepts that Leung Trieu Vy is silent for a few days to think about something or goes abroad to live for a few months alone. She ignored her husband until he took the initiative to talk.

For the past five years, Carina Lau has also managed the affairs of Tony Leung Trieu Vy. Sometimes she feels that her husband is a “difficult child” and she is like a pampered mother and always has to learn to protect and protect her husband. The actress is in charge from negotiating the contract of Leung Trieu Vy to housework such as repairing rooms, television…

In the show Up Idol of the station Hunan TV In 2016, the actress said: “When repairing the house, my husband will drag the suitcase away. When the house is finished repairing and arranging all the furniture, he will come back”. MC asked: “So you have to make a lot of sacrifices to preserve your marriage?”, Luu Gia Linh replied: “It’s not sacrifice, but we both endure a lot. My husband also accepts my weaknesses. In marriage, some people complain that they have to be patient with their husband or wife, but in reality, the other person is also tolerating you.”

From the time they fell in love until the first years of marriage, the couple was considered by the audience as “deviated chopsticks” because they were so different. Many people spread rumors that Trieu Vy had an affair with his co-stars, and Lau Gia Linh went back and forth with the giants. Above On, the actress once talked about the rumor that her husband loves Truong Man Ngoc: “What I know is just a rumor in the press. If he really likes Truong Man Ngoc, I will congratulate him. Man Ngoc is an actor. excellent member.” As for the actor, he talked about the rumors: “We’ve been together for decades, but we haven’t met yet. Whispers like that often appear. For me, it doesn’t matter.”

Follow Appledaily, Leung Trieu Vy is free, but whenever his wife needs him, he gives up everything to be with her. In the 1990s, the gangster Gia Linh kidnapped and held him for three hours because he refused to act at the request of the boss of the organization. The kidnappers tied up the actress, stripped off her clothes, and photographed her naked. Then they released the actress. By 2002, the sheet East Week Posting naked, anguished photos of Luu Gia Linh when she was kidnapped, touching her pain. In November 2002, more than 500 Hong Kong artists including Leung Trieu Vy, Jackie Chan, Truong Quoc Vinh, Mai Diem Phuong… held a street protest against the newspaper. East Week. Under public pressure, East Week closed, the editor-in-chief of this newspaper was sentenced to 5 months in prison.

When Lau Gia Linh suffered physical and mental pain, Leung Trieu Vy canceled all work. Bach Lo Mi, a journalist who knows the two actors, revealed that the actor once told his partner: “The entertainment industry is too complicated, let’s go. Wherever you want to go, I follow”. In the above talk show QQ In 2018, Lau Gia Linh said: “He gave me the strength to go through those two times of being trampled. Tony Leung Trieu Vy is like a solid mountain for me to lean on. No matter what the world does, I am not afraid, because I someone to lean on.”

In their fifties, the couple pursued their own passions. Leung Trieu Vy plays in movies, often travels, plays sports in the sea. He finds joy even when alone. On the radio CRHK On September 7, the actor said that he lived freely, if he had a good script, he would act in a movie, when he was tired, he would rest. While Carina Lau recently worked as an MC, filming in Mainland China.