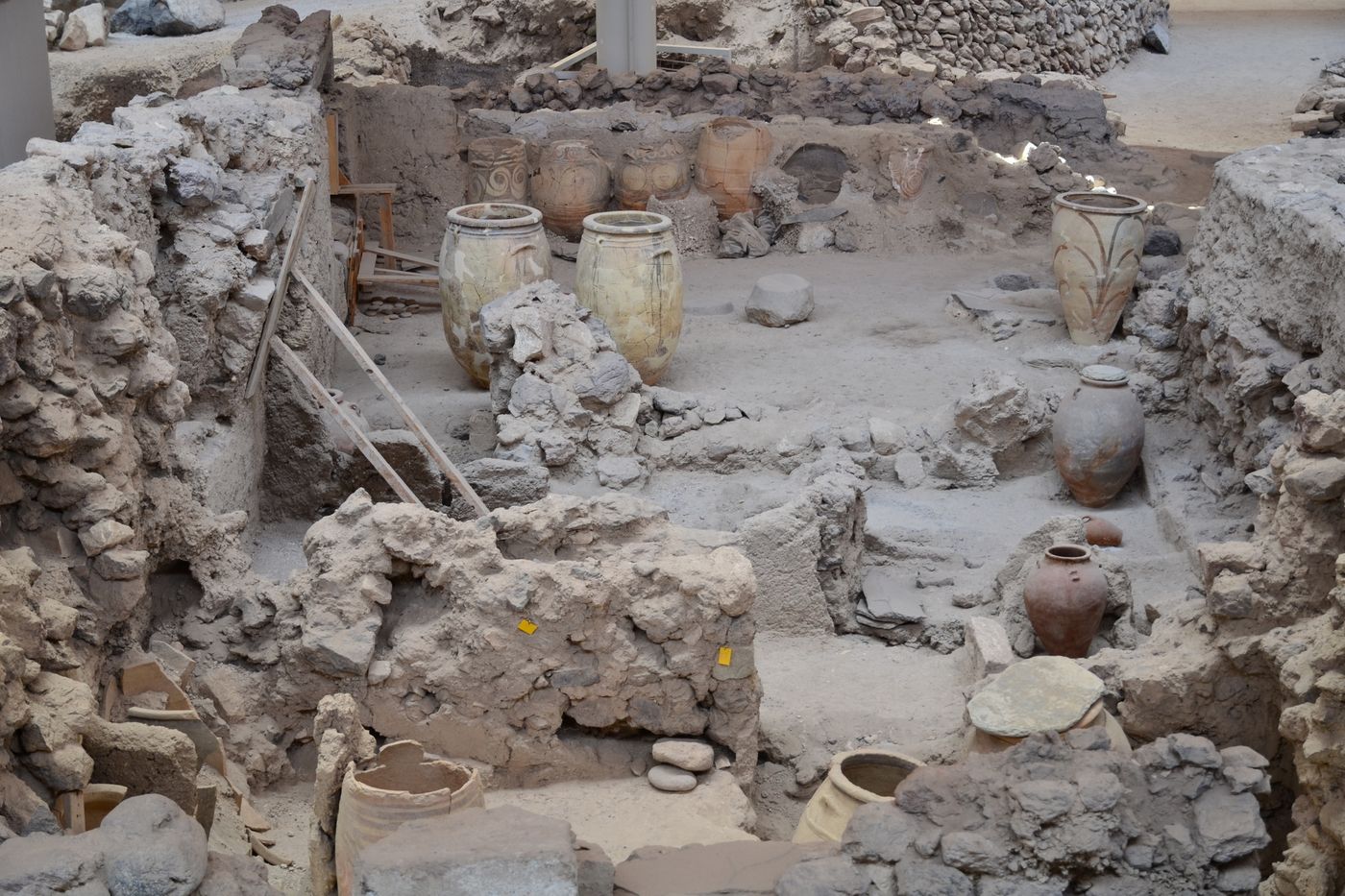 In La Palma, in the Atlantic Ocean, the volcanic eruption officially ended at the end of December, after 85 days of lava torrents. It will now take several years for the Spanish island to recover from the destruction.

→ EXPLANATION. In the Canaries, Cumbre Vieja, a very active volcano

The eruption of Cumbre Vieja was however “only” an index of three on the scale of volcanic explosiveness, which measures the extent of eruptions according to the amount of material ejected. The one that ravaged the Greek island of Santorini in the Bronze Age displays a level seven. A cataclysm that swept across the Mediterranean, and traces of which can be found in tree rings as far as Ireland and Sweden.

Three millennia later, a team of Turkish, Israeli and Austrian researchers have just discovered the first known victims of this eruption. Their work, published in the scientific journal Pnas this week, focus on an archaeological site near the Turkish town of Çeşme, on the Aegean Sea, 200 kilometers from Santorini. Archaeologists have unearthed the skeleton of a young man and that of a dog, dating back to around 1600 BC. Above all, the remains are caught in a sedimentary layer corresponding to a tsunami.

→ INFOGRAPHICS. What are the different types of volcanic eruptions?

Traces of a tsunami linked to the eruption had already been found in Crete, but without any casualties. In Santorini, the site of Akrotiri was buried by the eruption, but there too, no skeletons have been unearthed in decades of excavation. Such a catastrophe which claims no victims? For specialists, the populations of the two islands may have had time to flee, worried by earthquakes heralding the eruption. In Turkey, the inhabitants of Çeşme, at the time a thriving port and merchant city, would not have been so lucky.

During the first tsunami caused by the eruption, “The lowest layer of debris, containing fragments of pottery, bones and shells, has penetrated the fortifications” of the city, describes the study. Besides the presence of ashes of the same composition as those of Santorini, “The one-way damage and the force required for destruction indicate a tsunami”. A few hours after this first disaster, a second tsunami hit the Turkish port, favored by a second explosion in Santorini. After a few days’ respite, a third big wave, smaller than the first two, blanketed the chaos with sediment and burnt material.

The researchers estimate that after this third wave, the survivors began to clear away because they found coarse pits and holes in the sedimentary layers. “We interpret this as an attempt to get out of the rubble of possible survivors and the dead, they advance, without this being verifiable. The boy, located more than a meter below such a well, was not found. “ Even today, many victims of natural disasters remain unaccounted for. More than fifteen years later, thousands of people affected by the 2004 tsunami in Indonesia have still not been found.

In Çeşme, a fourth and powerful tsunami a few weeks after the previous one definitively condemned the city. The port facilities were completely destroyed, the sea access blocked and the agricultural land rendered unusable. The implantation of the Bronze Age disappears for more than a hundred years.

The volcanic explosive index ranges from 0 (no explosion and an effusive eruption with a lot of lava flowing) to 8 (colossal but extremely rare explosion, for example at the origin of the Yellowstone caldera in the United States)

The last level 7 eruption dates back to the spring of 1815, on Mount Tambora in Indonesia. The volcanic ejections exceeded 40 kilometers in height and all the neighboring islands were affected by a tsunami.