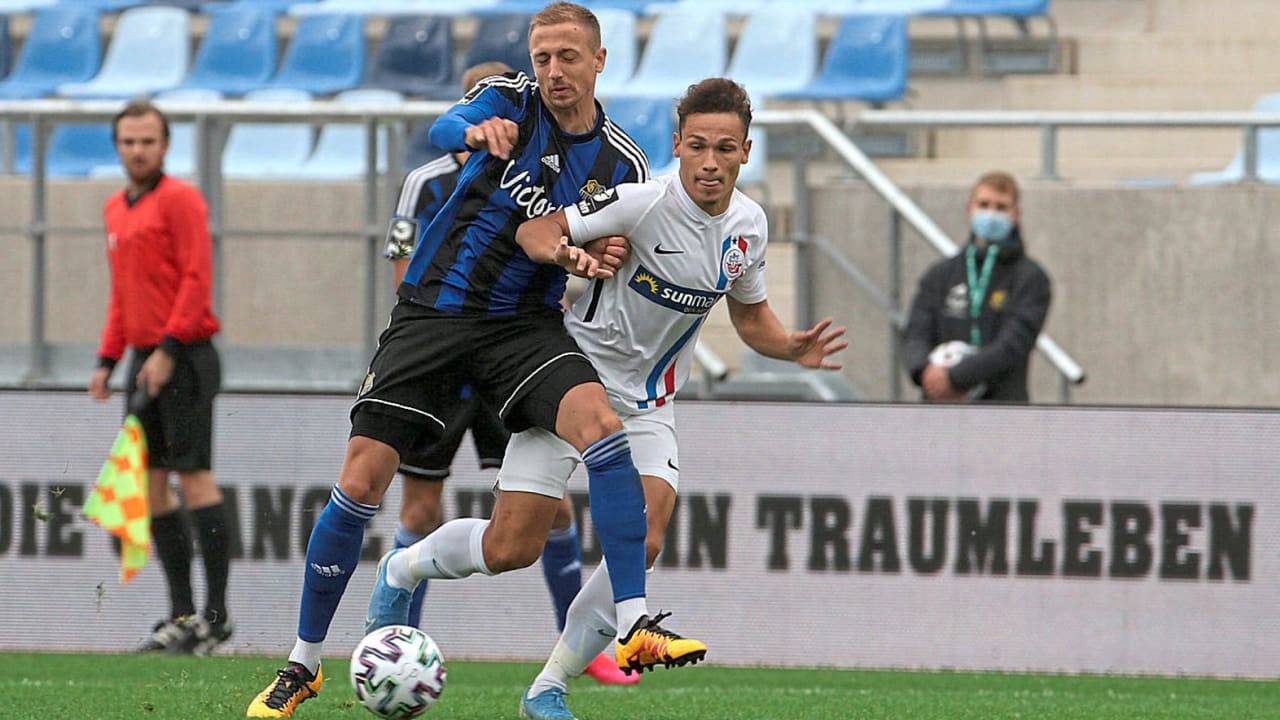 At the end of September, Hansas Lukas Scherff (25) tore a cruciate ligament in his left knee during training. Now the home grown is fighting its way back. Scherff to BILD: “I’m fine. I’m making progress and I’m working hard on my comeback. “

After a successful operation in Berlin, the wing runabout is currently completing a six-week rehab in Leipzig. Scherff: “I should be through by Christmas. I made a conscious decision to go to Leipzig because I have already received treatment there and have a good feeling there. “

Scherff was already suffering from a cruciate ligament tear in mid-2019, back then in his right knee. The unlucky one: “Unfortunate that it hit me so quickly in a row. Fortunately, the doctors gave me a positive prognosis. I don’t sink into the ground and stay optimistic. “

It was more bitter for him that he could only watch the latest Hansa successes on television. Scherff: “On the one hand, I’m happy that we made it to the second division. On the other hand, it’s a shame that I can’t help the team. “

He even plans to travel to winter training camp with Hansa. “There I could continue with the physios and be part of the team. Even if it will take six to eight months: I want to get back on the pitch as soon as possible. “