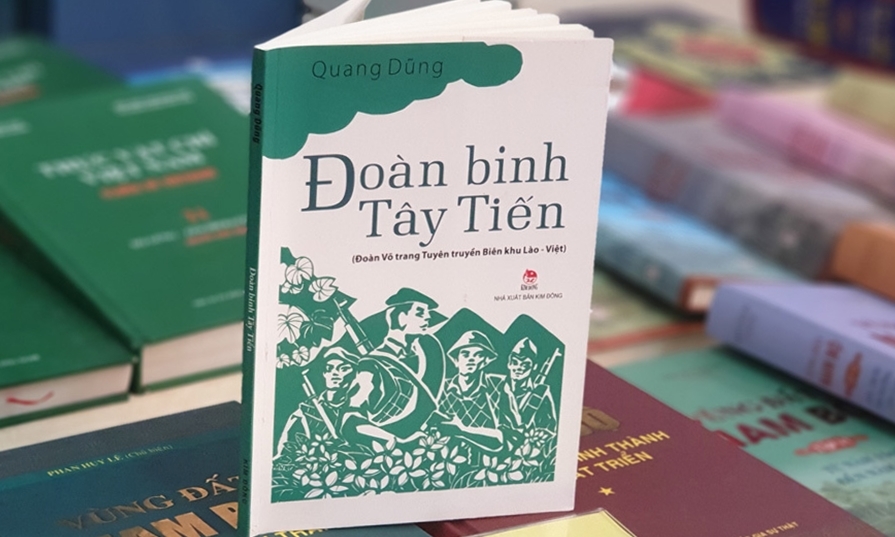 The National Book Award Council will award two A prizes, nine B prizes, and 14 C prizes for 25 books on November 10 in Hanoi.

Categories A, B, C are awarded to five categories of books: politics – economics, natural sciences and technology, social sciences and humanities, culture – literature and art, children. The works must be creative, humanistic spirit, elaborate and serious scientific research works, have high scientific, social and practical value. Each prize receives 100, 50 and 30 million VND respectively.

The event attracted 47 publishers with 365 publications and 284 titles. The award ceremony took place in the context of the publishing industry being severely impacted by the epidemic. Many publishers stopped production, bookstores closed, sales plummeted.

Mr. Le Hoang – Vice Chairman of Vietnam Publishing Association – commented that in addition to books of academic and ideological value, the jury selected a number of cultural and artistic publications to serve young people. He said: “Many award-winning books contribute to orienting the emotional awareness of the majority of readers, most of which are teenagers and young adults. This audience will help spread the reading culture more widely in the community.”

Regarding the judging, the organizing committee established five sub-committees, corresponding to five book genres. The judges include veteran researchers, authors, and experts in each field. For the books nominated for the top prize, the Jury invites leading experts to review before awarding the A.

The National Book Award has been held annually by the Vietnam Publishing Association since 2004 with the original name of Vietnam Book.

In 2020, Tay Tien Army – The memoir of the late poet Quang Dung – attracted attention when he won the A prize. The work revolves around the missions assigned by the delegation such as: going to villages, constellations and muong to propagate the Government’s solidarity policy, resistance of the nation and the spirit of the Vietnamese army. The remaining two A prizes are History (translated by Herodotus, translated by Le Dinh Chi), two books Clinical imaging, diagnosis and treatment in dermatology Edited by Associate Professor, Dr. Nguyen Van Thuong, Medical Publishing House. In 2019, Southern land – The process of formation and development Edited by the late Professor Phan Huy Le was honored.