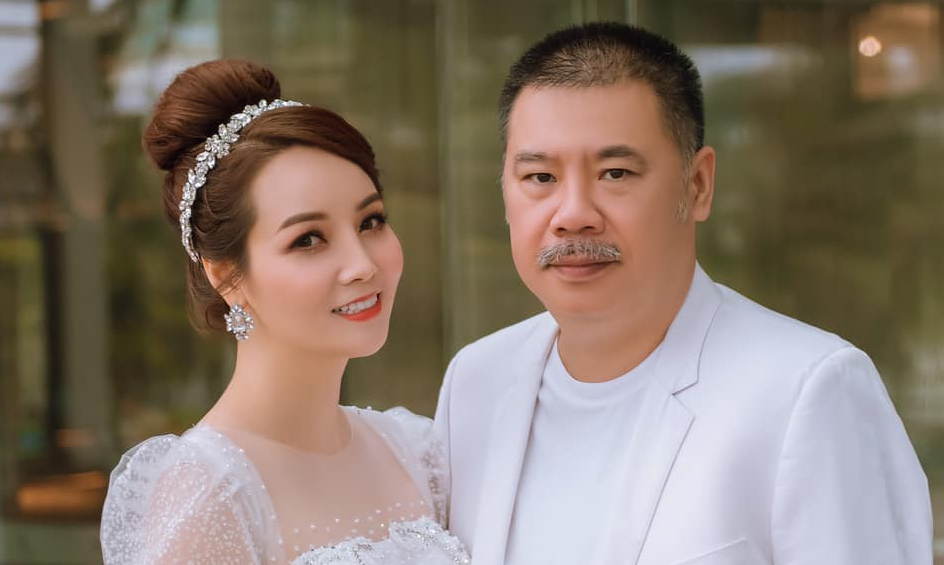 After seven years of knowing – love and 19 years of living together, Mai Thu Huyen said she loves her husband more every day.

The actress celebrated her wedding anniversary with her husband Thang Van Luong at the end of November, she wrote on her personal page: “‘One hundred years of life together on the same boat, one thousand years of being married. So we have 19 years of marriage. It’s a good year, let’s continue to ‘hold each other’s hands tightly, hold each other’s hands for a long time’, stay together forever husband. Love you forever”‘.

Having known her husband since the age of 16, Mai Thu Huyen called him the only man she loved in her life. When we first met, she was still studying, not interested in love. He is seven years older than her, mature and calm, patiently going to the loved one’s house every day to win the heart of her family. When Mai Thu Huyen passed university, her family advised her to love him because she was touched by his heart. After three years, the two returned to the same house, quickly having their first daughter.

In the first 5 years of marriage, like many couples, Mai Thu Huyen and her husband went through a difficult time because they did not really understand their partner. She explained: “When in love, we only see each other for a few hours a day, now we face each other year-round and month-round. It is inevitable that daily conflicts and disagreements can be avoided. Taking care of children in the early years also makes us difficult. I’m pressured”. She has an outspoken, hot-tempered personality. When she is not satisfied with something, she often gives her husband advice. Mr. Luong is soft and quiet. At first, she was annoyed because the more he talked, the more silent he became. Later, Mai Thu Huyen understood and felt lucky because her husband was psychological, didn’t like quarrels, wanted to keep family peace.

Her husband sympathizes with his wife’s work. When they were still in love, when Mai Thu Huyen studied at the University of Theater and Cinema, she took advantage of filming a lot, almost no holidays or Tet. After getting married, she also opened a media and film production company, her work got busier and busier. Many times, seeing that his wife is having a hard time, her husband advises: “Or you can reduce your work and stay at my brother’s house”. However, seeing his wife depressed because of itchy limbs, he left her free to live with her passion.

“‘My husband is not a rich man like many rumors. He used to work as a state civil servant, later opened his own company, is an ordinary businessman. I don’t put too much emphasis on it. People often say, ‘Men build constructions. Women build houses, women build nests’ but women should not put all the responsibility for livelihood on men, husbands also need to take care of their wives, children, and family,” said Mai Thu Huyen.

Luong trusts his wife, has never been jealous, inquires about her leaving early and coming home late at night, plays intimate scenes with her co-stars. Sometimes, Mai Thu Huyen invites her husband to watch a new movie, he refuses, but then secretly watches it alone. “I think that’s how he makes both of us feel comfortable. I also don’t like to sit with my husband and watch my romantic scenes with colleagues,” she said.

Mai Thu Huyen self-identifies that both husband and wife are realistic, not romantic. He didn’t say fancy words to his wife because he was shy. The time her husband surprised her the most was after his son was born, picked up his wife from the hospital, he gave her the car key and said: “Look out the window and receive the gift”. She was surprised to see that her husband’s gift was the convertible car she had always dreamed of.

She and her husband also set some rules in the family. The two never argued, expressed disagreement in front of their children. On weekends and Tet holidays, no matter how busy the family is, they have to take advantage of time together.

At the age of 42, Mai Thu Huyen said she cherished every moment with her husband. She said: “The pandemic turned life upside down, and I realized that we can’t exactly plan for anything, not even love. No one can predict the future 5, 10 years from now. Therefore, I cherish every moment now, to be with my husband and children. I think women, no matter how strong, after facing life’s storms, all wish they could return home and swoop in. the arms of the one you love.”