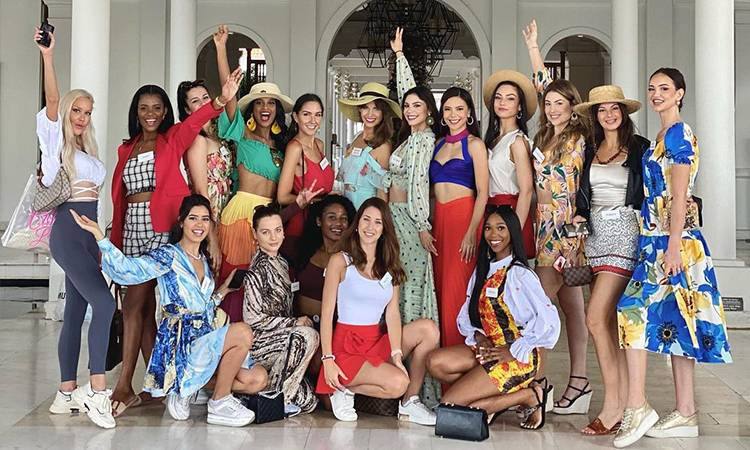 Puerto Rico17 people – including contestants and organizers – tested positive for nCoV just before the final of Miss World 2021.

December 16, according to National News, Lisdian Acevedo – Puerto Rico Health Department spokesman said: “For the Miss World outbreak, there are now 17 positive cases. Yesterday, the announcement said there were seven cases but the number has increased.” . Authorities did not specify the names of those infected, but revealed that this number included both contestants and technical staff of the organizers.

Acevedo added that all infected people were fully vaccinated and did not need to be hospitalized. However, they must perform a 10-day quarantine according to epidemic prevention regulations.

On December 15, local news site Primera Horan said that at least seven people at the contest had to be quarantined. Julia Morley – President of Miss World – confirmed the information and confirmed that the beauties with the disease will not go on the final stage. She said: “Understanding the seriousness of the current situation, we will take steps to capture the talent of the contestants. In case they don’t go on stage on the final night of the competition, they still have a chance to win. crown. The judge will watch the previously recorded videos and make a decision.”

The organizers also affirmed to always ensure strict epidemic prevention rules from the first day. They say the health and safety of contestants is a top priority.

Before that, page Sindonews reported that Miss Pricilia Carla Yules of Indonesia had Covid-19. She will not compete in the final with the remaining 97 contestants. Indian beauty Manasa Varanasi in the same room as Yules. Beauty experts assess that the two contestants are in the most potential group for this year’s Miss World crown.

After a year of postponement due to the epidemic, Miss World 2021 returned in San Juan, Puerto Rico, on the occasion of the 70th anniversary of the contest. The reigning Miss World is Toni-Ann Singh, crowned in 2019, will hand the crown to her successor in the final. Miss Vietnam 2020 Do Thi Ha competed at this year’s contest.